I read C.S. Lewis’s excellent book The Great Divorce for the second time a few years ago, and found myself impacted significantly more than the first time I had read it in my late teens. Then, within a year of that second reading, two of my friends went to be with the Lord.

There were two parts of The Great Divorce that have stuck with me, and they both involved forgiveness. The first is the scene where the Big Ghost is horrified to discover that a murderer has been forgiven by the Lord and is also in heaven. Later, in Chapter 10, another ghost refuses to extend forgiveness to her husband, not even wishing to see him unless she may have full rein to work on him to “make something of him”.

“That is quite, quite out of the question,” said a female Ghost to one of the bright Women, “I should not dream of staying if I’m expected to meet Robert. I am ready to forgive him, of course. But anything more is quite impossible. How he comes to be here . . . but that is your affair.”

“I forgive him as a Christian,” said the Ghost. “But there are some things one can never forget.”

Losing people I loved so close to reading Lewis’ book made heaven seem especially near. I was terrified at the idea of leaving this life clinging to bitterness, existing in a state of unforgiveness. I do realize, of course, that Lewis’s story is not meant to be a perfectly accurate picture of heaven, but the book is brimming with truths about human character and our ideas about eternity with God.

Jesus told a parable of a servant who had been forgiven an enormous debt and went on to exact a minute amount from a fellow servant.

Matthew 18:21-35 “Then Peter came up and said to him, ‘Lord, how often will my brother sin against me, and I forgive him? As many as seven times?’ Jesus said to him, ‘I do not say to you seven times, but seventy-seven times.

‘Therefore the kingdom of heaven may be compared to a king who wished to settle accounts with his servants. When he began to settle, one was brought to him who owed him ten thousand talents. And since he could not pay, his master ordered him to be sold, with his wife and children and all that he had, and payment to be made. So the servant fell on his knees, imploring him, “Have patience with me, and I will pay you everything.” And out of pity for him, the master of that servant released him and forgave him the debt. But when that same servant went out, he found one of his fellow servants who owed him a hundred denarii, and seizing him, he began to choke him, saying, “Pay what you owe.” So his fellow servant fell down and pleaded with him, “Have patience with me, and I will pay you.”  He refused and went and put him in prison until he should pay the debt. When his fellow servants saw what had taken place, they were greatly distressed, and they went and reported to their master all that had taken place. Then his master summoned him and said to him, “You wicked servant! I forgave you all that debt because you pleaded with me. And should not you have had mercy on your fellow servant, as I had mercy on you?” And in anger his master delivered him to the jailers, until he should pay all his debt. So also my heavenly Father will do to every one of you, if you do not forgive your brother from your heart.'”

I have known many people who live like they are clenching forgiveness, unwilling to hand it over, and they walk in a constant state of pain and bitterness. Some of them are even unwilling to show kindness to people who dare to associate with the one who hurt them.

But I also know people who have been deeply hurt and walk with much grace. These people have an awareness of wrongs that have been done to them, but the only way they allow the wrong to affect them is to let it drive them to Christ. The only thing these people are gripping is their fervent desire to forgive and be forgiven. 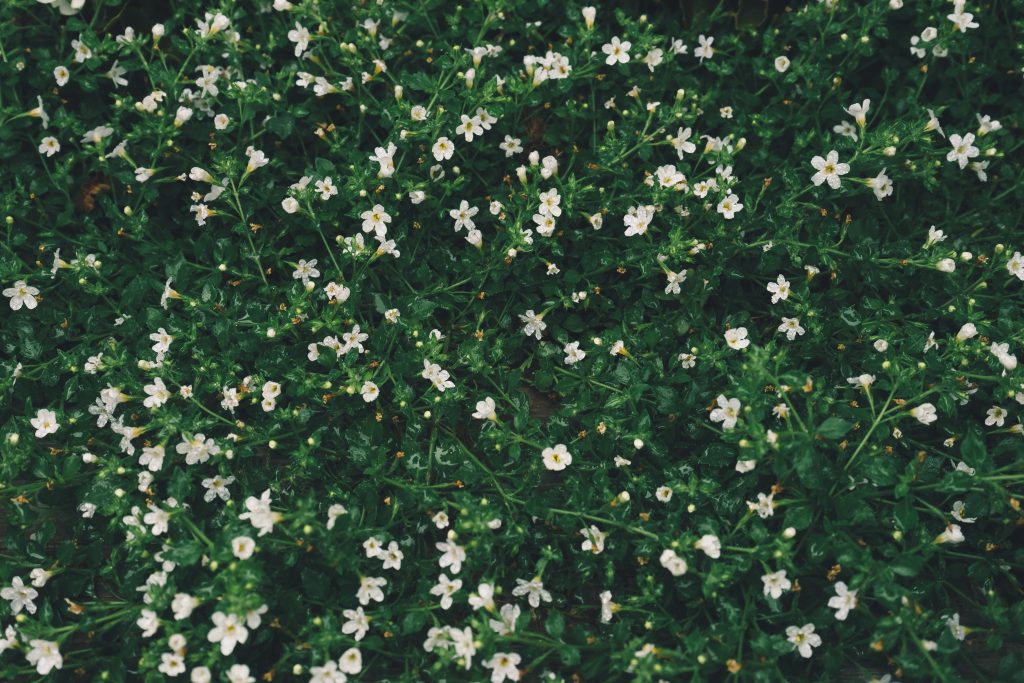 What am I practicing?

We have a “catechism” in our home: “What you practice is what you become.” If I am practicing letting offense and pain drive me into bitterness and unforgiveness then I am going to become someone who consistently takes my eyes off Jesus and focuses on the offense and how it affected me. It robs me of joy because I’m practicing something that produces in my own heart an inability to recognize how much I’ve been forgiven.

I heard John Piper explain the last chilling line in that parable by saying that forgiven people are forgiving people. We Christians are marked out as forgiven all. Not just some sins, or a few minor offenses.

We do not start out this life with a clean slate – our sin is written into our DNA and we daily do the very wrongs that killed Jesus. “It was my sin that held Him there,” as the hymn says. None of us are in any position to look at another and say that our personal sin is less ugly or damaging than the sins that were done to us. So our mark on the world should not be made as those who hold things against one other. Because if I hold onto grievances, I’m effectively saying to Jesus, “What that person did to me is far worse than what I did to You.”

Sometimes we find ourselves in various stages in the process of forgiveness. Just like you may mark time in your life as “before this event” and “after that event”, when we’ve been wronged, there’s nothing sinful about processing what life looks like after the offense occurred or what should have happened before the offense to prevent it.

But there’s a difference between processing pain and dwelling in pain and the difference really shows in whether or not we approach the people in our life like we are excited to forgive them.

When someone hurts us, it’s very tempting to refuse to release the pain and hurt to God. I really believe that this is because we often fall prey to the temptation to think that if we don’t cling to the pain then we will somehow lose our value. But this is based on the lie that our identity lies in our pain and the wrong that was done to us.

When this happens, I believe we also begin a pattern of thinking that recognizing and taking note of what God is doing in our lives through the trials or the wrongs against us, will make what that person did to us ok. But this is simply not true, and I believe it’s a lie from our Enemy that is specifically designed to keep us trapped in un-forgiveness.

Luke 15:20-24 “But while he was still a long way off, his father saw him and felt compassion, and ran and embraced him and kissed him. And the son said to him, ‘Father, I have sinned against heaven and before you. I am no longer worthy to be called your son.’ But the father said to his servants, ‘Bring quickly the best robe, and put it on him, and put a ring on his hand, and shoes on his feet. And bring the fattened calf and kill it, and let us eat and celebrate. For this my son was dead, and is alive again; he was lost, and is found.’ And they began to celebrate.”

The parable of the prodigal son gives us (quite literally) a miraculous look at the Father’s heart to forgive us. The father of the prodigal son is overflowing with love and compassion, straining his eyes to see his son “while he was still a long way off” and he receives him in a state of eagerness and joy. What a beautiful invitation we’ve been extended to image our Father in Heaven!

When we choose eager forgiveness, we are choosing to lift our eyes off of our pain and the wrong that was done to us. When we make the choice to keep our eyes fixed on Jesus, we are partnering with Him in doing His Father’s work by imitating the Father’s eagerness to forgive His children.

Forgiving people is what we must become, but in order to do that forgiveness must be practiced. The battle against bitterness is one that must be fought, but not in our own strength.

What it doesn’t mean

Eager forgiveness doesn’t mean that I throw caution to the wind and am forced to have a relationship with the person who wronged me. It does not mean that there are no penalties or that our lives are not profoundly affected by the sins that are done to us.

Eager forgiveness means that as much as depends on me, I live peaceably with all (Romans 12:18), and the part that depends on me when I’ve been wronged is extending forgiveness.

There are many things we won’t see justice for in this life, but we serve a just and faithful God. Ultimately justice was done to Jesus on the cross, but even for repentant people, there are real-life consequences in the here and now for many wrongs. Broken relationships, fractured marriages, loss and devastation are very real and very painful.

When I look at relationships that have had strain or pain, I have a choice to make. I can choose to remain in unforgiveness, clinging to the wrongs that have been done to me.

Or, I can lay it all at the cross of Christ:

all of my own sins and mistakes

all of the temptation to hold onto offense

all of the times I’ve found my identity in what was done to me, not what Christ did for me

all of my hopes and desires for relationships

And I can leave it all at the cross because I have been forgiven all.

If I’m honest, nearly every day I know the need to pray that the Holy Spirit will work to open my hands for me, because it’s really not the natural, passive response to being wronged.

But I’m choosing to do that, because I want to practice living with open hands. Instead of hanging onto what was done to me like I need it in order to make sense of my life, releasing it all to the Lord relieves me of bearing the burden of other people’s choices and sins against me.

My hands can open to the One whose hands bore my sin and shame. Jesus is the reckoning for all that I have done and all that has been done to me.

Opening my hands is saying, “Jesus, you are strong enough to use this wrong to bring good in my life.”

It’s saying, “Here’s my life. It was always yours, anyway.” 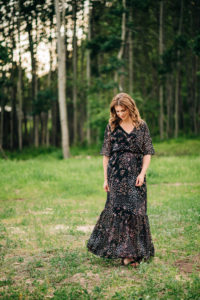